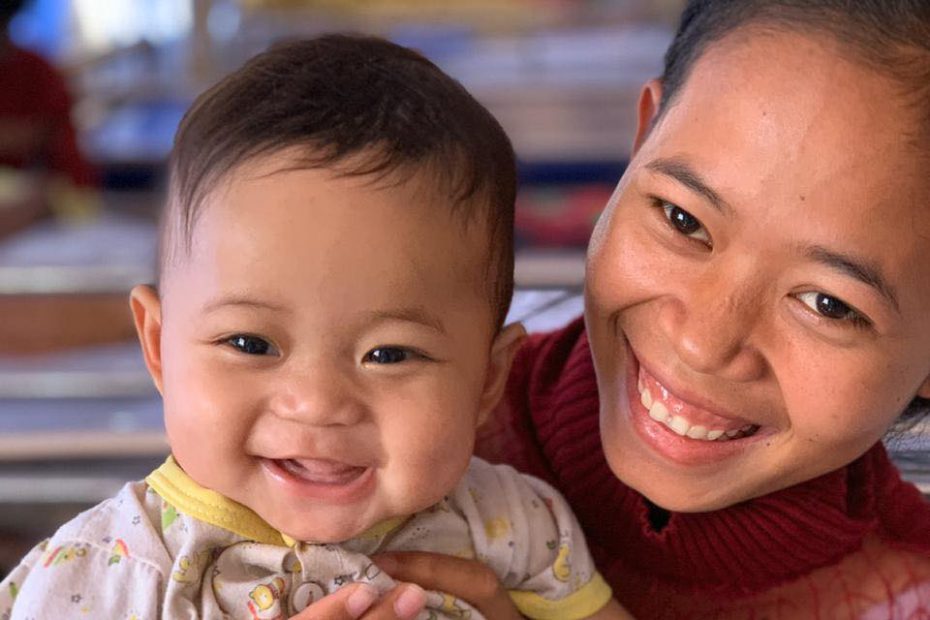 One year old Chanthavy came to Chenla Children’s Healthcare at Kratie Provincial Hospital in October struggling to breathe. She was breathing fast with nostrils flaring with each tug for air. Chanthavy and her mother Kannitha (her name means “Angels”) arrived from Snuol 1.5 hours away. They were referred to Chenla by their local health center that did not have the supplies and equipment needed to treat Chanthavy’s condition which seemingly had evolved suddenly from a bad cold into something much worse. The health center knew Chenla well because its director and staff recently received training at Chenla in Kratie town.

Dr Sreyleak, nurse Puthea and others on the Chenla team quickly stabilized Chanthavy using APLS protocol and medicines, supplies and oxygen not found elsewhere in Kratie. A few days later, Kannitha with moist eyes said in Khmer to Dr Sreyleak “if we did not have this new pediatric hospital, my daughter would not have survived. Thank you.”

From the start, Chenla Children’s Healthcare has been a collaborative project bringing together the local Cambodian healthcare structure with international partners. This public-private partnership is exceedingly important because it increases long term sustainability. The Chenla system utilizes increasing resources from the Ministry of Health while at the same time maintains quality at a level all patients deserve regardless of most being very poor. Those who can afford to pay for services do so while those who are poor receive services for free. In short, it is not charity that is the driving force at Chenla but rather collaboration.

As the year comes to a close, we at Chenla want to thank all of our partners, supporters, volunteers, and others who have come along side us. In particular, we would like to thank the local Ministry of Health for being a guiding force towards positive change. With more than 8,000 patient’s treated in the first year, we thank you. More importantly, countless families like Kannitha’s thank you.