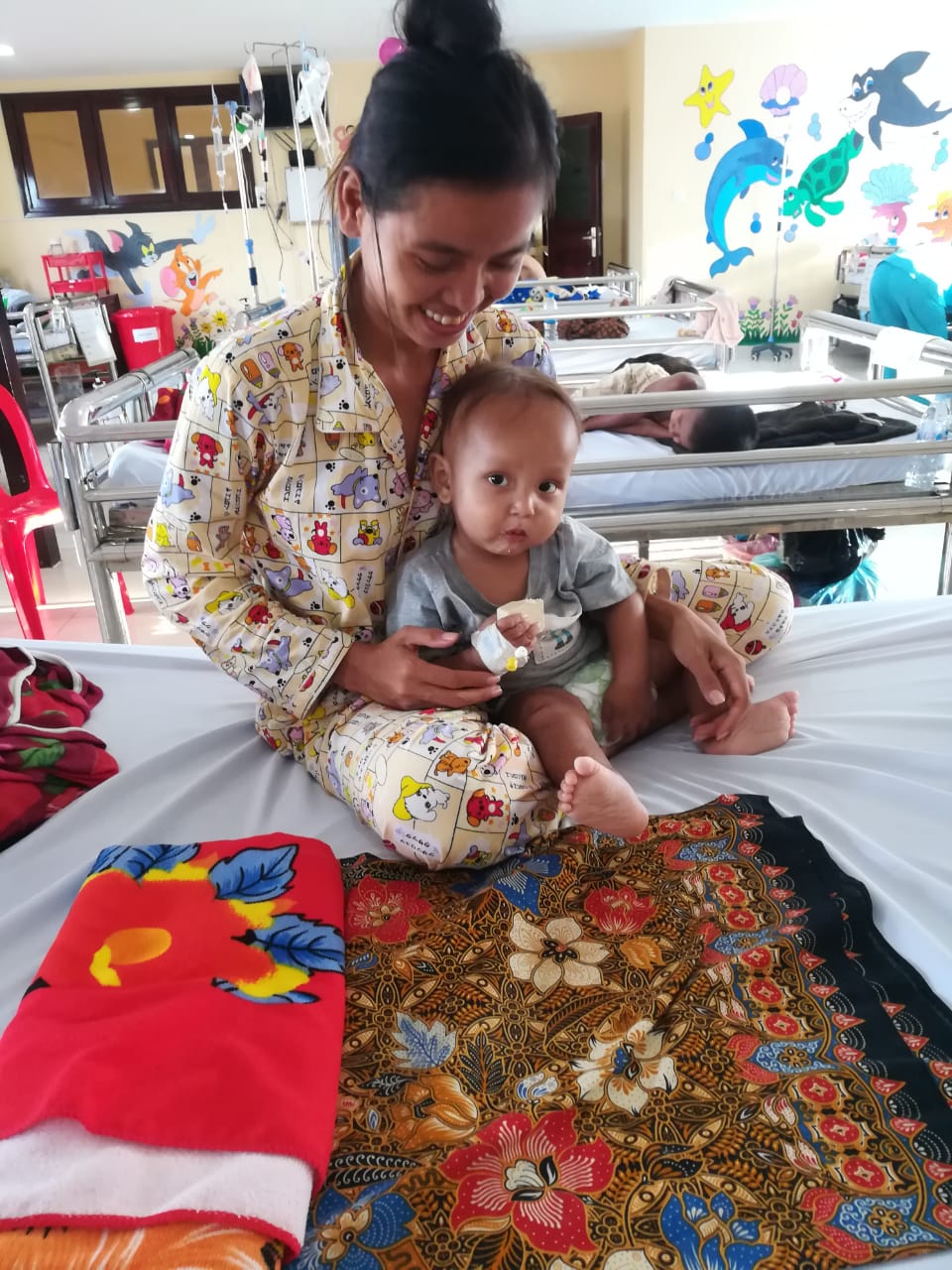 We opened the doors to the new pediatric ward at Kratie Provincial Hospital on June 1st. The prior month the hospital had admitted less than 50 pediatric patients. In June, the Chenla team admitted 109 patients. In July, 151 patients. In August, 235 patients. 80% of these patients came from extremely poor families.

Shortly after the ward opened, a father of a patient who was severely ill but had improved with the care Chenla provided free of charge asked the team in a surprised and very appreciative tone “Why are you doing this kind thing? You do not know my family and you are not a part of my village.” Of course the Chenla team responded “Do not worry. We are very thankful to be able to help your child.”

The plan for the Chenla ward was to begin with 12 beds and provide high quality care in this limited way while the team gained their footing. Of course this plan lasted as long as rice paper in a Cambodian rain storm. It dissolved quickly once the  community in Kratie town, Kratie province and even the surrounding provinces of Mondulikri and Rattanikiri began to hear of the children’s health care provided by Chenla. Parents quickly began to bring their children with illnesses including sepsis, pneumonia, dengue fever, malaria, appendicitis, soft tissue infections, seizures and even tetanus.

Twelve beds quickly evolved into eighteen beds which quickly evolved into twenty four which quickly evolved into thirty beds. As a flexible rule, Chenla maintains a nurse to bed ratio of 1 to 6 with some nurses taking as few as 3 critically ill patients and some nurses taking up to 9 less severe cases. This ratio is important to maintain as it helps provide safe care to our patients. Thankfully, the Provincial Hospital itself has provided several nurses to the project and also Chenla has scrambled to find additional funding in order to meet the pressing demand. With a one month salary of $650 dollars, professional compassionate hearts and high skills, Chenla nurses rise to the challenge of caring for even the sickest of children in this resource poor region of Cambodia.

Chenla Physicians have also proven themselves to be highly skilled and compassionate caregivers. With 1 – 2 physicians present on the ward at all times, new emergencies and changes in clinical status of existing patients are dealt with quickly and efficiently. Prior APLS training allows Chenla physicians to provide many pediatric patients immediate life saving care not previously available in this remote region of Cambodia  5 hours away from Phnom Penh and 7 hours away from Siem Reap. In addition, with Chenla’s assistance, supplies of oxygen, intravenous fluids, antibiotics and other essential medicines and supplies are now readily available in the Chenla pediatric ward for the physicians to use as a part of their “toolbox.” With these resources, Chenla’s team of physicians are now able to fully treat many severely ill children who previously may have succumbed to their illness.

We look forwards to providing further updates in the months and years ahead.